Craving for Authentic Japanese Tonkatsu? Fumizen Got You!

I arrived at the venue an hour earlier than the call time. The traffic was not heavy as I had expected. Or perhaps it was due to the prospect of eating Japanese food, which had a mouthwatering yet comforting effect on me. I suspect the cause to be the latter, lol. I introduce to you, from Japan, now in the Philippines - Fumizen! 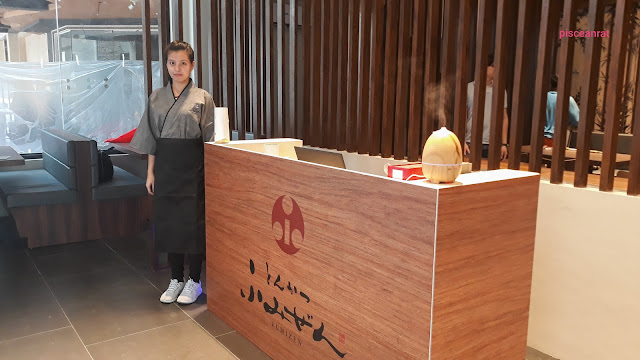 The name of the original founder remains unknown. And although the lines in Fumizen’s fruitful history have become hazy, it's believed that their first CEO may have been a woman- a proprietress (okami)- who was commonly in charge of the hotel’s operations and food. Women in their 50's to 70's mostly took on the CEO position of Fumizen. 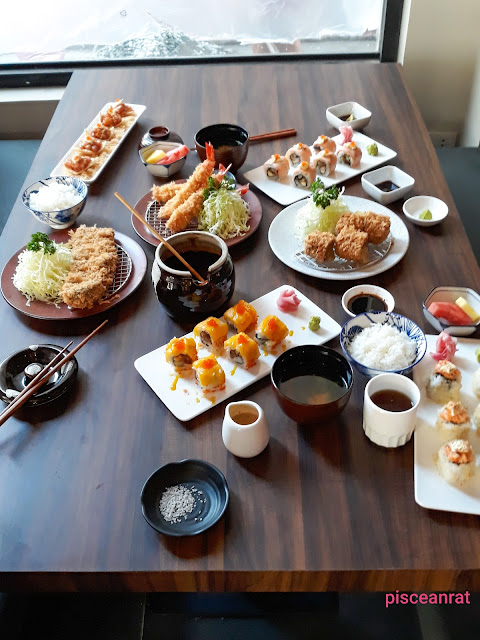 Fumizen is governed by the three pillars:

1. Rice: using Koshihikari rice, made by Mr. Tomomi Saito. This variant of Japanese rice is found in the Seiromachi, Kitakanbara-gun, Niigata Prefecture, where the land is well-endowed, and the river is clean and free-flowing. Only rice that has been harvested and polished within one week is then cooked and served for a fresh and clean taste.

2. Quality: using  good quality pork for their katsu dishes,  sourced directly from Japan. They choose from only two kinds— Black pig Satsuma grown in Kagoshima-ken and the premium-grade Royal LWD Sangenton pig from Chiba-ken. They are fussy about ALL dishes: not only the rice and meat, but even the oil (changed frequently to avoid rancidity), bread crumbs and pickled radish.

3. Tradition: standing the test of time, with recipes dating as far back as 40 years ago. Unchanging and still upholding the same quality standards, the very same Tonkatsu that has impressed Japanese prime ministers and celebrities of various fields! They are hoping for every guest to be satisfied with their inherited traditional taste of meat and seafood, even oil and bread crumbs. 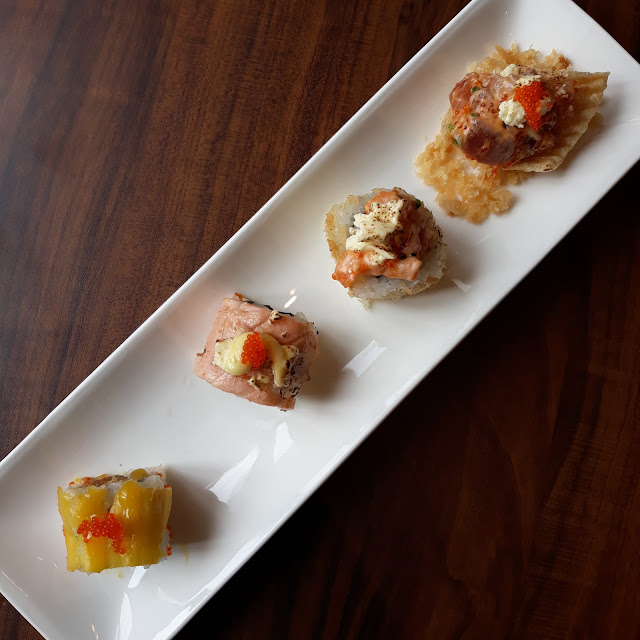 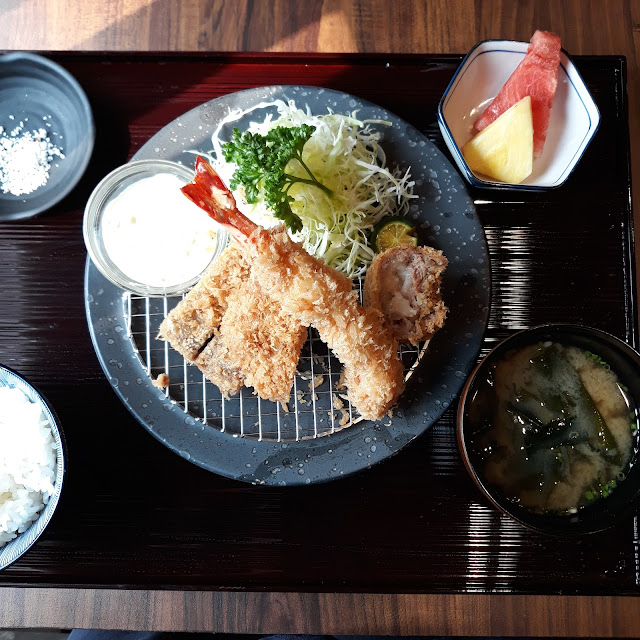 Fumizen specializes in Japanese katsu dishes, particularly the Pork Cutlet—a lean deep-fried pork loin dish served with your choice of sauces: a savory and sour special sauce made with an age-old recipe that dates many years ago, a creamy curry sauce, or even with a pinch of truffle rock salt to keep things simple. Each dish comes with a helping of rice, warm Miso soup, a side dish, and pickles to cleanse the palate.

The restaurant is brand new - I even saw how the staff were still setting up furnishings. The second floor is not yet finished but will welcome guests once it is finally completed. 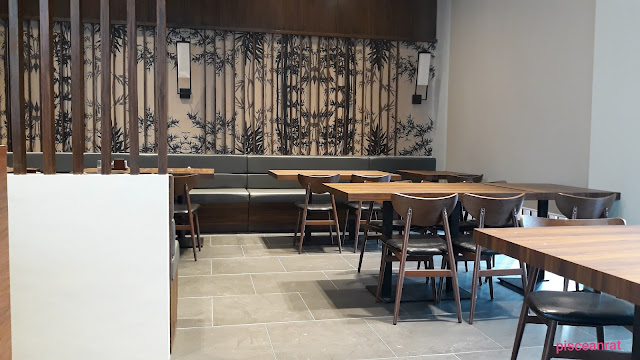 We partook of their bestsellers that day, which was a Bloggers' Preview. Fumizen's current and 4th CEO, Mr. Watanabe, flew to the country to visit later that evening. They opened their doors to the public (Soft Opening) 2 days after, December 8, 2019. 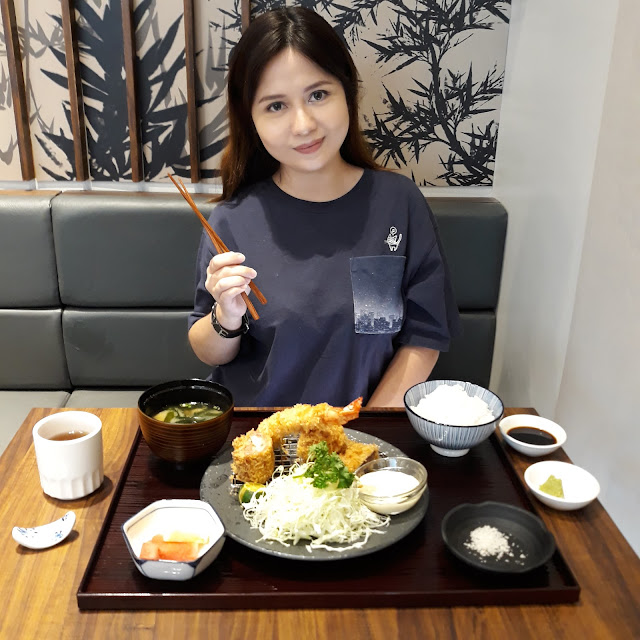 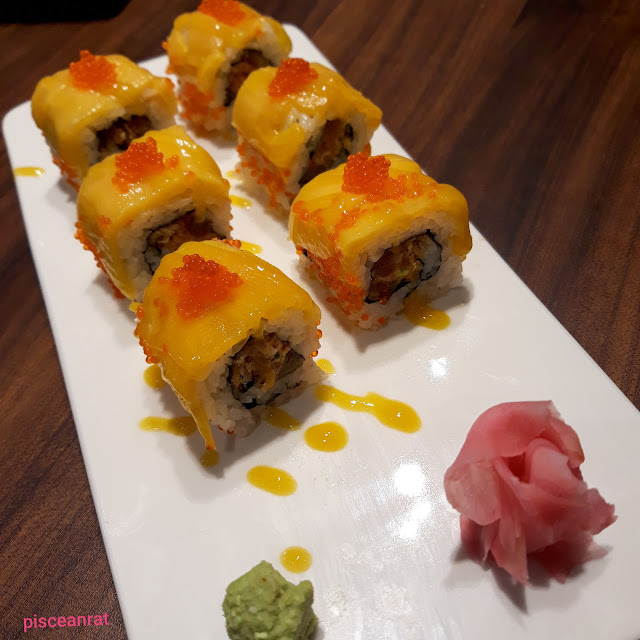 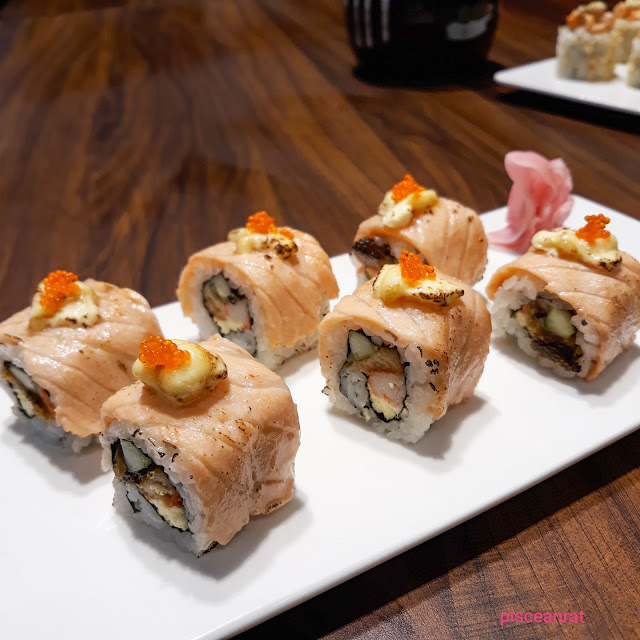 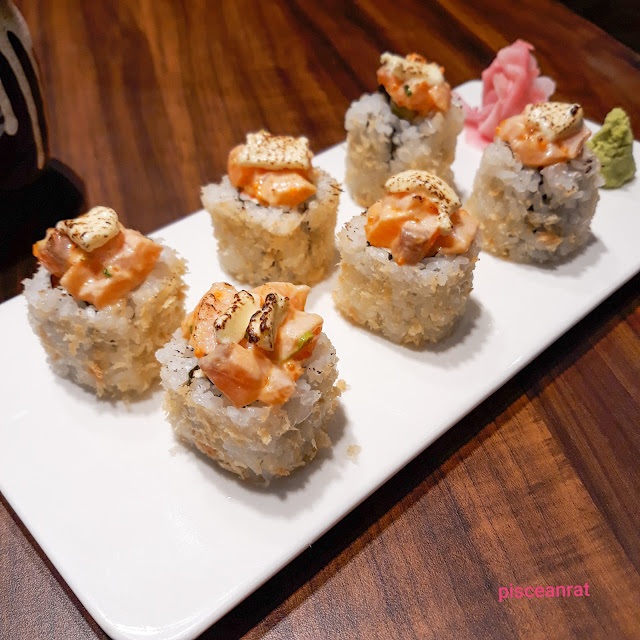 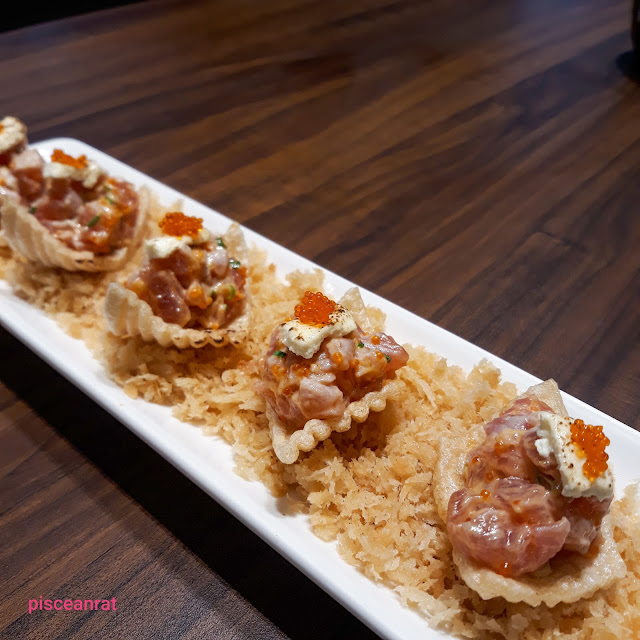 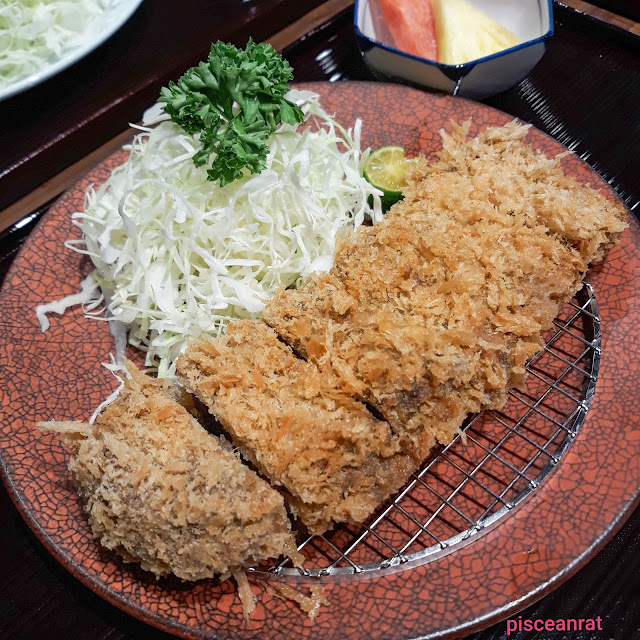 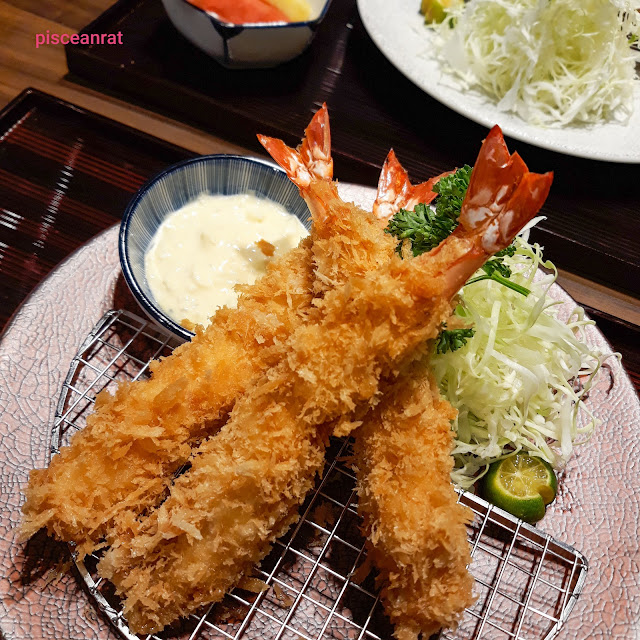 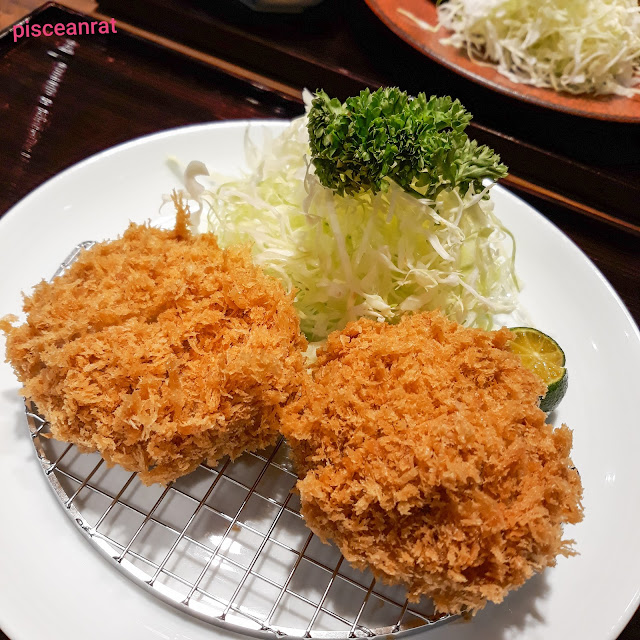 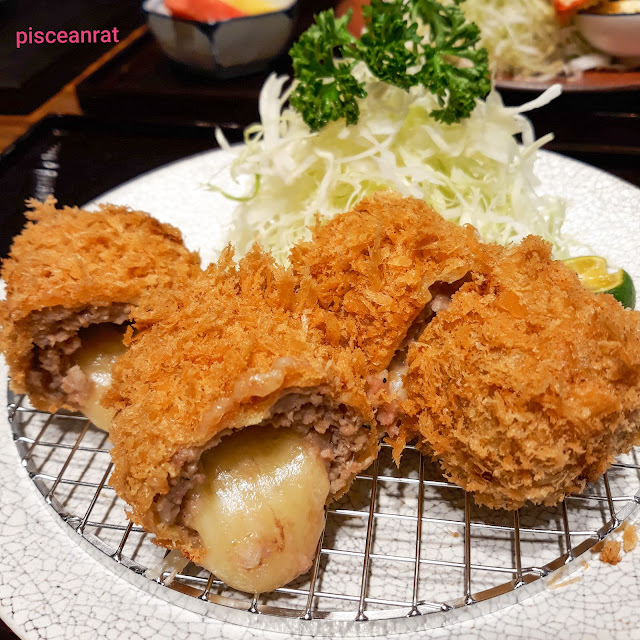 Katsu- Japanese term used for a “cutlet”, a dish where meat is pounded til thin, afterwards dredged in flour, coated in an egg mixture, and covered liberally in flaky Panko breadcrumbs, then deep-fried. Varieties include the katsudon rice bowl, a spicy curry katsu, and the highly popular option: tonkatsu.

My favorites would have to be the Prawn Katsu (which is a given, with how much I am a fan of ebi tempura), the cheese menchi-katsu and the cheese salmon aburi maki roll! OMG! The truffle salt! That unmistakeable musky, earthy flavor! It makes you won't mind making salt your ulam.

One can experience authentic Japanese vibes without leaving the country here at Fumizen. Their tableware is imported from Japan, as is most (about 80%) of the ingredients including the sauces and bread crumbs! (Fumizen's meats came from Japan, US and Canada). Our food for the day was prepared by Fumizen's Japanese chef, who is providing training to their Filipino counterparts.

I'd like to note that the breading of their Tonkatsu spells a world of difference from the rest. The texture, and colors, both inside and outside, and the crunch it imparts, is something to be appreciated. They are also not overly oily.

I got some to take home, and fried it the next day. The meat, the breading, the tonkatsu is still sumptuous. As is always my opinion, high quality is synonymous with Japan!

ALL of Fumizen's dishes our group got to enjoy were superb, and I must say they were prepared with precision, and meticulous care. Love it!!!

You may watch my video here: 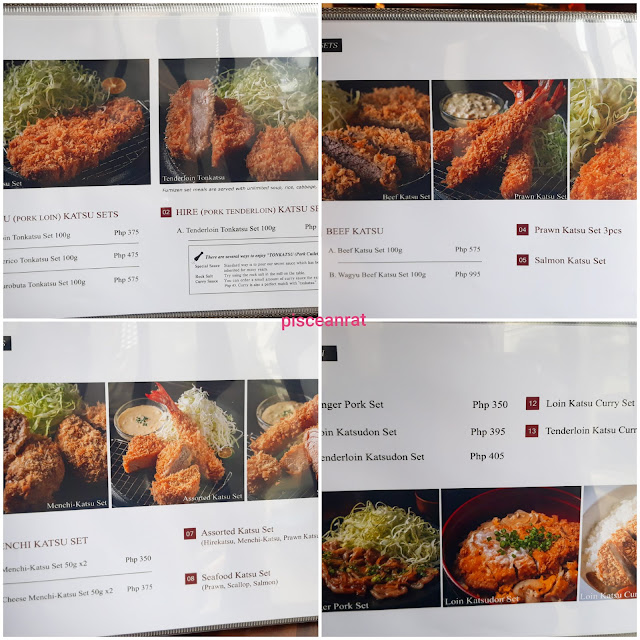 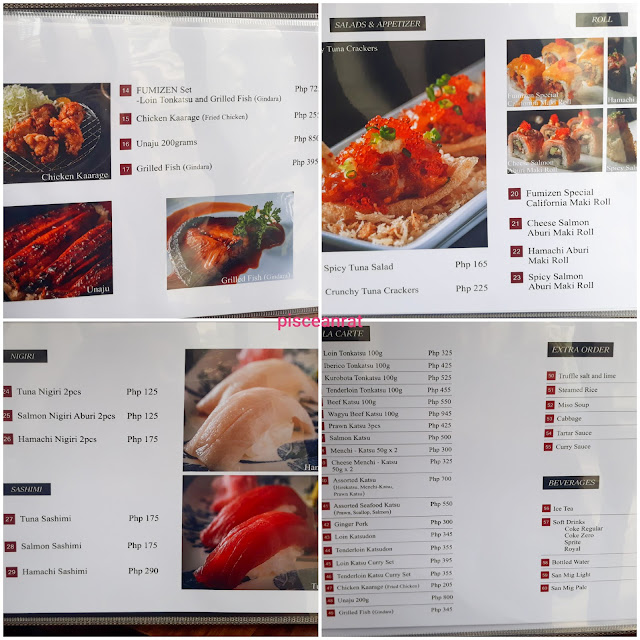 Opening PROMO!!!
From December 11 to 15, get the Loin Tonkatsu served with UNLI rice, soup, cabbage and fruit for just Php 199!!!

They also serve complimentary hot tea! I think it is green tea, it has a "rice" kind of taste.

Spacious parking is available front and back of building. 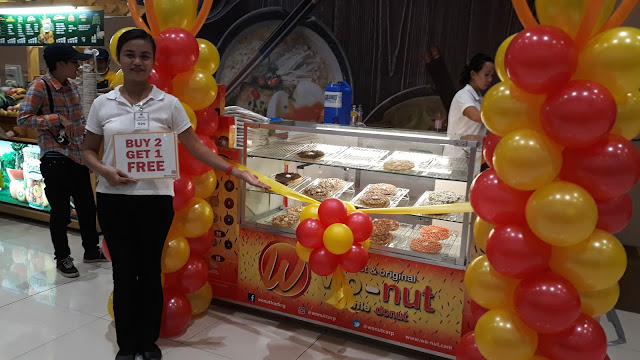 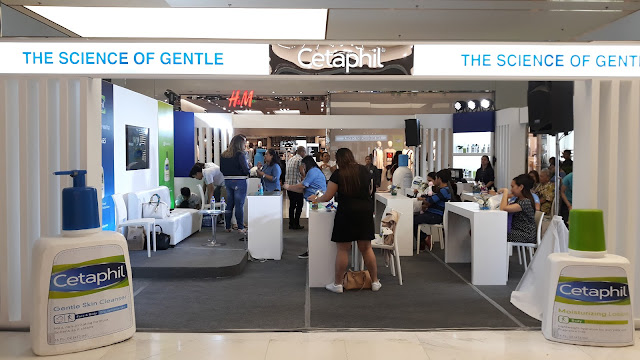